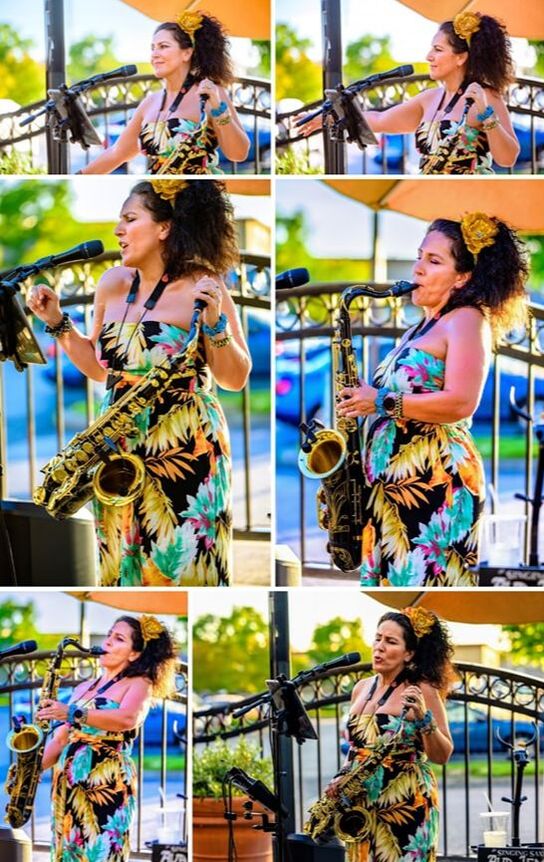 A native of Southern California, Ava Lemert was submerged in music from birth having a Mother and two elder sisters who were active musicians in the household to influence her. So, it was no surprise that by age 7, Ava was producing her own “radio programs” including her own DJ personna “Kay Kay Dee Jay” on her own cassette tape recorder. At age 11 Ava was writing music notation and submitting her compositions for voice, clarinet (her first school-taught instrument) and guitar to youth talent shows. In High School, Ava would record her keyboard parts, alto saxophone, drum machine, guitar and vocals into her make-shift ping-pong recording system, consisting of a boom box, 4 track cassette recorder and radio shack microphone.

A unique lady of many talents, Ms. Lemert is not only a prolific songwriter, she is a versatile vocalist, producer and multi- instrumentalist. However, Ava, when asked about her love for performing live shows states “When I bring out my tenor sax, I hear 'wow, do you play that thing?' all the time, because I'm just over 5 feet tall and I look like Lisa Simpson!” What also comes across about Ava is that she has a warm, vivacious personality that draws people in and makes the listener feel as if she is singing and or playing just for them, personally.

Ava's music has garnered 6 GRAMMY Award entries, as well as won several awards as both a songwriter, and as a performing musician. She has released 9 albums/EPs and over 30 singles since entering the music industry as an independent, solo artist.
Follow her music releases on:
Spotify
Amazon
Tidal
Apple/iTunes
Pandora
and on other music platforms, just type " Ava Lemert " in the artist search!